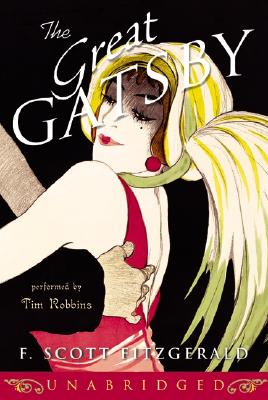 By F Scott Fitzgerald, Tim Robbins (Read by)
$27.95
Unavailable from Warehouse - May take longer to order

The Great Gatsby, F. Scott Fitzgerald's portrait of the Jazz Age in all its decadence and excess, is, as editor Maxwell Perkins praised it in 1924, "a wonder." It remains one of the most widely read, translated, admired, imitated and studied twentieth-century works of American fiction.

This deceptively simple work, Fitzgerald's best known, was hailed by critics as capturing the spirit of the generation. In Jay Gatsby, Fitzgerald embodies some of America's strongest obsessions: wealth, power, greed, and the promise of new beginnings.

The recording includes a selection of letters written by Fitzgerald to his editor, Maxwell Perkins, his agent, Harold Ober, and friends and associates, including Willa Cather, H.L. Mencken, John Peale Bishop and Gertrude Stein.

“There have been audio versions of Gatsby before this, but Robbins delivers a fresh and bracing vision that makes the story gleam. Robbins conjures up a sublime portrait of a lost world.”
-Publishers Weekly (starred review)