The Undiscovered Dewey: Religion, Morality, and the Ethos of Democracy (Paperback) 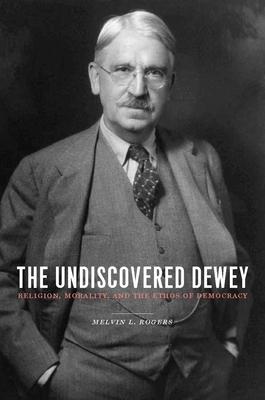 The Undiscovered Dewey explores the profound influence of evolution and its corresponding ideas of contingency and uncertainty on John Dewey's philosophy of action, particularly its argument that inquiry proceeds from the uncertainty of human activity. Dewey separated the meaningfulness of inquiry from a larger metaphysical story concerning the certainty of human progress. He then connected this thread to the way in which our reflective capacities aid us in improving our lives. Dewey therefore launched a new understanding of the modern self that encouraged intervention in social and natural environments but which nonetheless demanded courage and humility because of the intimate relationship between action and uncertainty. Melvin L. Rogers explicitly connects Dewey's theory of inquiry to his religious, moral, and political philosophy. He argues that, contrary to common belief, Dewey sought a place for religious commitment within a democratic society sensitive to modern pluralism. Against those who regard Dewey as indifferent to moral conflict, Rogers points to Dewey's appreciation for the incommensurability of our ethical commitments. His deep respect for modern pluralism, argues Rogers, led Dewey to articulate a negotiation between experts and the public so that power did not lapse into domination. Exhibiting an abiding faith in the reflective and contestable character of inquiry, Dewey strongly engaged with the complexity of our religious, moral, and political lives.

Melvin L. Rogers is assistant professor of philosophy at Emory University, where he teaches political theory.