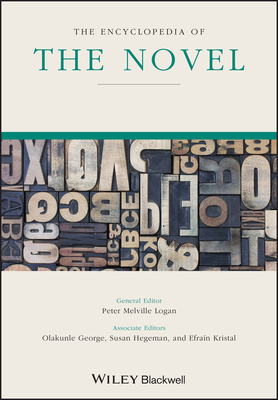 Now available in a single volume paperback, this advanced reference resource for the novel and novel theory offers authoritative accounts of the history, terminology, and genre of the novel, in over 140 articles of 500-7,000 words.

Entries explore the history and tradition of the novel in different areas of the world; formal elements of the novel (story, plot, character, narrator); technical aspects of the genre (such as realism, narrative structure and style); subgenres, including the bildungsroman and the graphic novel; theoretical problems, such as definitions of the novel; book history; and the novel's relationship to other arts and disciplines.

The Encyclopedia is arranged in A-Z format and features entries from an international cast of over 140 scholars, overseen by an advisory board of 37 leading specialists in the field, making this the most authoritative reference resource available on the novel.

This essential reference, now available in an easy-to-use, fully indexed single volume paperback, will be a vital addition to the libraries of literature students and scholars everywhere.

Peter Melville Logan is Professor of English at Temple University, USA and Director of the Center for the Humanities at Temple. He specializes in nineteenth-century British literature, critical theory, the history of the novel, and the history of science. He is the author of Victorian Fetishism: Intellectuals and Primitives (2009) and Nerves and Narratives: A Cultural History of Hysteria in Nineteenth-Century British Prose (1997), as well as articles on Charles Dickens, George Eliot, and other novelists. Olakunle George is Associate Professor of English and Africana Studies at Brown University, USA, where he teaches African literary and cultural studies, Afro-Diasporic cultural criticism, and Anglo-American literary theory. He is the author of Relocating Agency: Modernity and African Letters (2003) and articles in Comparative Literature Studies, Diacritics, Novel: A Forum on Fiction, and Representations. Susan Hegeman is Professor of English at the University of Florida, USA, where she specializes in twentieth-century American literature, popular culture, cultural history, and critical theory. She is the author of Patterns for America: Modernism and the Concept of Culture (1999) and The Cultural Return (2012).