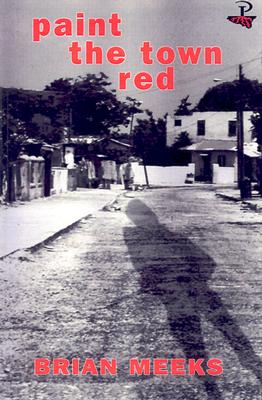 By Brian Meeks
$19.75
Unavailable from Warehouse - May take longer to order

Brian Meeks’s novel begins with the release from jail of a young Rastafarian who was involved in the political violence that erupted when forces hostile to the radical socialist currents within the 1972 Manley administration sought to destabilize Jamaican society. As Mikey takes a minibus through Kingston, his story is told as a series of carefully crafted flashbacks. A series of encounters and the memories they provoke reveal that few have escaped unscathed from those years: there are the dead, the imprisoned, the maddened, the turncoats, and those like Mikey who carry the burden of those times. One of the encounters is, we learn in a postscript to the novel, with Rohan who, at the time of Mikey’s imprisonment, is a youth in a family with which Mikey is involved, particularly Rohan’s sister, who is killed in the shootout. Rohan has suffered this loss deeply, but has survived to move forward, while Mikey, with the stigma of his imprisonment, is trapped in the past. It is Rohan, we discover, who is telling Mikey’s story, a revelation that casts a reflexive light not only on the relationship between the actual author and the events he fictionalizes, but the relationship between the novelist who, whatever his origins, writes from a position of relative security in comparison to the lives that form his subject.

Brian Meeks is head of the department of government at UWI, Jamaica. His poetry has been anthologized in the Penguin Book of Caribbean Verse. He is also the author of New Caribbean Thought, Narratives of Resistance: Jamaica, Trinidad, The Caribbean, and Caribbean Revolutions.